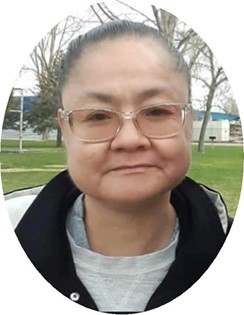 Coreen was born on September 11, 1975 in Lander, Wyoming, daughter of Leo S. and Betty Ann (Washington) Stafford.  She attended school in St. Stephens.

She was a member of the Catholic Church and also believed in the Native American Ways, participating in the Sundance and sweats.

Miss Addison loved family outings, dinners together, birthday celebrations and especially spending time with her daughter, Rosie.  Coreen also found enjoyment from music.  She had a knack for making people laugh and smile attentive to those who were sad or not feeling well.

Throughout her career, Coreen was able to work in Riverton, California, Billings, Montana and Salt Lake City, Utah.  She was able to come back home to Riverton 15 years ago where she has remained.