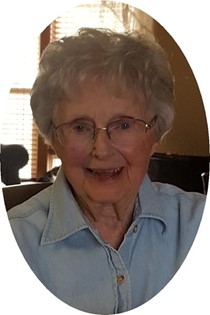 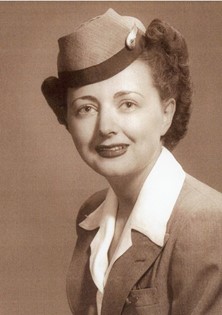 A Celebration of Life will be held for Glennis Mae (Anderson) Shute, 100, will be held at 11:00 a.m., Saturday, October 29, 2022 at the Sunnyside Church of the Nazarene in Kinnear, Wyoming with Pastor Doug Hanner officiating.  Cremation has taken place.

Mrs. Shute passed away with her loving family by her side on Thursday, October 6, 2022 at Help for Health Hospice Home in Riverton, Wyoming.

On May 17, 1922, Glennis was the first daughter born to Fredrick William Bohmer Anderson and Gina Marie (Everson) Anderson after four sons in Atwater, Minnesota.  She always remembered her dad as being very handsome and her mother very beautiful.  The children were blessed with Christian parents who were both very strict and loving.  Their social life was centered in the church and both Glennis and her sister were very active in church activities.  These were happy times.

Glennis was quite young when the Great Depression hit.  It meant hard times for all the people in her community of Finley, North Dakota, where she grew up.  On top of the depression, she recalled an infestation of locusts which descended on Finley and surrounding country.  In a very short time, all crops were completely stripped.  It was devastating to the farmers as the locusts returned every year for seven years.  The farmers lost everything they had and would gladly have headed west except for the fact they had no money to move.  They had no choice but to stay.

After Glennis finished her junior year of high school (June 1939), her brother, Fred took her with him to Minnesota where he planned on visiting relatives and friends and returning home after two weeks.  While the two were there, he introduced her to many of his friends, one who offered her a job as a companion to an elderly lady.  After getting approval from her parents, she did stay and finish her high school in Paynesville in the fall.  Glennis then went on to St. Cloud State Teacher’s College.

After one year at Teacher’s College, Glennis attended Drew’s Business College in St. Cloud.  Mr. Drew, owner of the college, arranged for her to take the Federal Service Entrance Exam, and ultimately, she was selected for a position with the Veterans Administration in Washington, D.C.  She worked there for the next two years before she was detailed to New York City for a year, during which time she was involved with setting up a VA branch office at 346 Broadway.  After the completion of the assignment, Glennis returned to Washington, D.C.  From there she was sent to Seattle, Washington, where she helped set up a VA branch office under the direction of Deputy Regional Director, Donald M. Shute.  Her boss, Col. Shute, introduced her to his son, Donald, in November 1945.  The couple were married five years later.

Don and Glennis were blessed with three children; Diana, Howell and Kathy.  There were only eleven months between Howell and Kathy so it was much like having twins…however, she survived.

The children were raised in Touchet, Washington, where they had a small acreage one mile west of Touchet.  It was ideal for Glennis as she ended up being a single parent and living in the country kept the children busy with their 4H and FFA projects.  They learned to be responsible and accountable at an early age, while Glennis worked full time.  Their church family in Touchet greatly influenced their lives.  They were wonderful caring people.  The family felt they had much to be thankful for.  During this time, Glennis worked for the Federal Government, retiring January of 1980 after 30 years of service.  She was privileged to work 17 of those years with the National Park Service in many of their beautiful parks.

Still not ready to retire, she worked the summers of 1989, 1990, and 1991 for the Northwest Interpretive Association at the Henry M. Jackson Visitor Center in Mount Rainier National Park, where she managed the book store.

Glennis’ life has been devoted to her children, her church, and various jobs in the workplace.  Being a single parent was not easy, but she loved her children very much.  She felt so fortunate that each of them welcomed her into their homes to stay as long as she wished.

Glennis was preceded in death by her parents, one sister and six brothers.

On-line condolences may be made at TheDavisFuneral Home.com

Arrangements are under the direction of Davis Funeral Home, Crematory and Monuments.