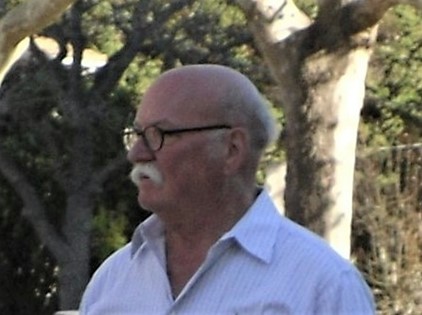 Ken was born in 1946, son of William C. and Dorothy (Guthrie) Eymann in Palo Alto, California.

Mr. Eymann worked at Stanford University.  During his time studying in college, Kenneth enjoyed being a member of an International Culture Club.  Following his schooling, Kenneth moved to Massachusetts where he spent most of his life working as a software developer and economist.  Nearly four years ago, he moved to Riverton, Wyoming to live with his daughter, Abra.

Throughout Ken’s life he loved to read and study history but also enjoyed nature while camping as well as woodworking.  He absolutely adored his two children and grandchildren.

Mr. Eymann was preceded in death by his parents and wife, Lawanna Simons.

In lieu of flowers, Ken would appreciate donations to Old Sturbridge Village in Sturbridge, Massachusetts and the National Geographic Society.

Arrangements are under the direction of Davis Funeral Home, Crematory and Monuments.