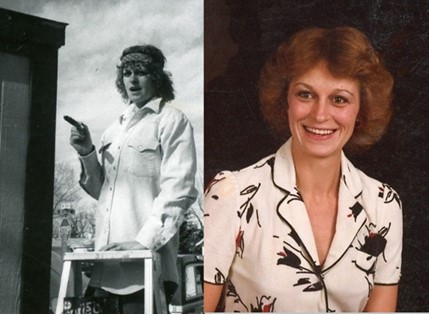 Darla Brown, 71, of Riverton passed away at St. Vincent’s Healthcare Hospital in Billings, MT on Friday, October 14, 2022, after a short illness. There will be a Celebration of Life in the Spring of 2023.

Darla Mae Chinard was born on October 15, 1950 in Staples, Minnesota to Douglas and Marge (Funk) Chinard.  At an early age, the family moved to Powell, Wyoming where she grew up with her five siblings.  She graduated from Powell High School with the class 0f 1968.

Darla was baptized into the Catholic faith.

In the early 1970’s Darla moved to Riverton, Wyoming with her two young sons and made it her forever home.

In 1980 Darla met Bradley Brent Brown and together they build their home and became a family with two sons and on June 12, 1987 they married in Lander, Wyoming. They were together for 42 years and celebrated their 35th anniversary this last June.

Darla and Brad were co-owners of Brown Construction, Inc. She enjoyed traveling with her husband around Wyoming, North Dakota, Colorado, and Nebraska and looking at the jobs and helping move job to job.  She also helped on the family farm and enjoyed it very much.

Darla never knew a stranger and enjoyed visiting with people.  She loved landscaping, yard work, flowers, and vegetable gardens.  She found great pleasure in painting homes, both interior and exterior, and she over the years she painted many homes in the Riverton area.  Above all she loved her family and spending time and joy they brought with them, especially her grandchildren and great grandchildren.