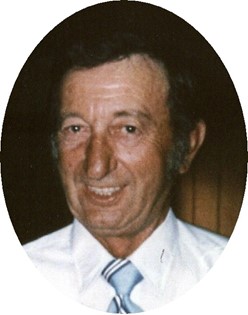 Robert "Bob" Vinich of Riverton died on Saturday, May 19, 2007, at the Veterans Administration Medical Center in Fort Meade, S.D., after a lengthy battle with cancer. He was 79 years old.

Services will be at 11 a.m. Saturday, May 26, at the Davis Funeral Home in Riverton. Pastor Mike Smith of Hillcrest Baptist Church will officiate.

Interment will follow at the Hudson Cemetery in Hudson. Military rites will be by the Hudson Post of the Veterans of Foreign Wars.

Robert Vinich was born on Dec. 9, 1927, in Gebo, Wyo., a coal mining camp near Thermopolis. He was the son of John (Janko Vujnovich) Vinich and Helen (Yela Mojas) Vinich. He was baptized in the Serbian Orthodox faith.

He grew up in Hudson and his family said he was always proud of his Serbian heritage. He taught friends a few words in the Serbian language which he had spoken fluently since childhood, learning the language from his immigrant parents.

After attending elementary school in Hudson, he quit school at the age of 15 during the Great Depression and went to work on the railroad as a section gang member, changing ties and pounding spikes. His family said every pay day, he gave his entire paycheck to his mother to help feed and support the rest of the family.

During World War II, Mr. Vinich enlisted in the U.S. Army Air Corps and served in Japan during the U.S. occupation.

After his discharge from military service, he went to work for White Ditching Company in Riverton as a truck driver and heavy equipment operator. He also worked over the years for several mining and construction companies including Federal Partners Uranium Company in the Gas Hills, U.S. Steel at Atlantic City, and for Dresser Engineering of Tulsa, Okla., doing contract work in Wyoming.

In the mid 1970s, Mr. Vinich partnered with his brother, Lyle, to form Vinich Brothers' Construction which specialized in gas and oil field construction and maintenance. During that time, Mr. Vinich lived in Douglas. After his retirement, he began working part time for the U.S. Forest Service out of Douglas for a about 10 years. His family said he enjoyed that job and the people with whom he worked, often commenting that working with the Forest Service was the best job he ever had. He had to leave his job with the Forest Service as his health deteriorated.

His family said Mr. Vinich always helped friends and relatives with a backhoe, dump truck, or any of his many construction tools. With a quick wit, he loved children and animals.

He was a member of the Senior Citizens of Douglas where he enjoyed playing pool, dancing, and Western line dancing.

He was a life-member of the Veterans of Foreign Wars Post in Hudson, the Douglas American Legion Club, and the Serbian National Federation Lodge 190 of Hudson.

He was preceded in death by his parents; his two wives, Adana and Joan; a sister-in-law, Mabel Vinich; two nephews, Michael M. Vinich and John P. Vinich, and a niece, Michelle Vinich.

Memorials may be made to the Hudson Cemetery Fund or the Riverton Animal Adoption Center through the Davis Funeral Home, 2203 West Main, Riverton, WY 82501.