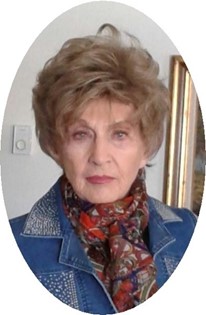 Ramona “Mona” L. Thomas, 91, passed away on Monday, October 24, 2022 at Help for Health Hospice Home in Riverton, Wyoming.  The funeral service will be held at 10:30 a.m., Saturday, October 29, 2022 at Davis Funeral Home.  Interment will follow at Mountain View Cemetery.

Ramona Lucille Jones was born on October 22, 1931 in Dobson, North Carolina to Hubert C. and Wilma (Rector) Jones.  In 1945 the family moved to Riverton, Wyoming.  Mona grew up in Riverton with her three sisters and two brothers.  She graduated from Riverton High School with the class of 1950.

Mona was of the Pentecostal faith.

On November 15, 1952 she married Newell Duward Thomas in Riverton, Wyoming.  They were married for 62 years before Newell passed on October 5, 2014.  After their marriage, they lived in many different places in Colorado and Wyoming before returning to Riverton in 2014.

Mona was a cosmetologist by trade and ran the Institute of Hair Design in Casper, Wyoming for 26 years.   In 1996 she ran the Beauty School of Fashion in Riverton, Wyoming.

She is survived by her sisters, Nelda Harper and husband, Don of Casper, WY, and Brenda David and husband, Vernon of Riverton, Wyoming; brother, Joey Jones; and numerous nieces and nephew.

Memorials may be made to Help for Health Hospice Home or St. Jude’s Children’s Hospital in care of Davis Funeral Home, 2203 West Main Street, Riverton, WY 82501.