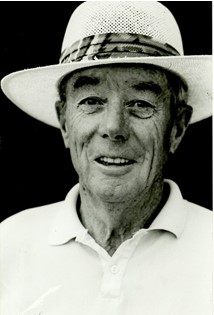 Joe was born on June 20, 1927, son of William K. and Elizabeth (McGuire) McKethen in Craig, Colorado.  He graduated from Thermopolis High School before receiving his Bachelor’s Degree in Education from Montana State University.

Joe spent his career as a teacher as well as coaching many kids in numerous different sports throughout the years.  He and Sammie moved to Riverton in 2002.  Joe enjoyed woodworking and golfed up until he passed away.

Mr. McKethen was preceded in death by his parents, a brother, John McKethen, a two sisters, Joanie Ozbirn and Rodella Drips; and grandson, Marc Griebel.