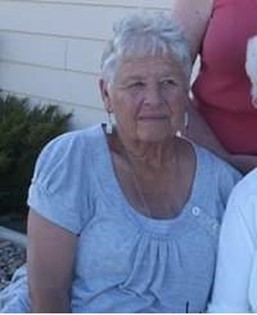 Metty was born July 23, 1937, to Frank and Katherine Foster in Wilson, Wyoming. Metty is a descendant to Elijah “Uncle Nick” Wilson, who is well known for being an early pioneer in the Jackson Hole valley. She worked various jobs in the Jackson area, including for her parents when they owned the Beaver Valley Ranch. In 1957, she married Glen Douglas Wilson in Jackson. Together they had 5 children and resided mainly in the Wilson and Jackson area. In 1973, the family moved to the Pavillion area where they farmed and Metty held various jobs in the county, eventually retiring from the Wind River School District after many years of driving school bus. The couple divorced later in life and Metty moved to Riverton where she lived for the remainder of her life.

Metty was a skilled horse rider and enjoyed many hunting, camping, and back country pack trips throughout her life and into retirement. Eventually she put the horses out to pasture, and she became an enthusiastic ATV rider. Spending time with family and friends was very important to Metty.

Metty was of the Jehovah’s Witness faith and after retirement, she pioneered full time.

Metty is preceded in death by her parents, and sister, Glenda Ruckman.

Per Metty’s wishes, cremation has taken place and no formal services are planned. Internment will take place at later date in the Elliott Cemetery in Jackson, WY.

Memorials may be made to Help for Health Hospice or to the donor’s choice in care of Davis Funeral Home, 2203 West Main Street, Riverton, WY 82501.

On-line condolences may be made to TheDavisFuneralHome.com.

Arrangements under the direction of Davis Funeral Home, Crematory, and Mounuments.