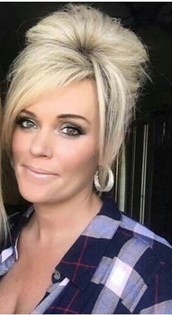 No services will be held at this time for Chorissa Marney Dickinson, 40, who passed away on Friday, October 28, 2022 in Commerce City, Colorado.  A Celebration of Life will be held at a later date.

Chorissa was born on April 21, 1982, daughter of Louis A. Dickinson and Jodie Pedersen in Riverton, Wyoming, where she was also raised.  She graduated from Shoshoni High School.

Chorissa loved her animals and had such a huge heart.  She and her girls were involved in the American Quarter Horse Association and participated in many of their events.  She was known for her special way of helping others even when she didn’t have much to give.  Chorissa was so incredibly proud of her four daughters and being a grandma to her grandkids became her entire world.

Miss Dickinson briefly worked as a dispatcher for Fremont County before health problems forced her to leave her position.

She was preceded in death by numerous loving relatives.