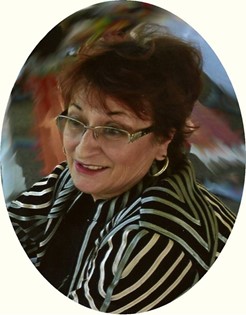 Mary Isabelle Hoenes, 66, of Riverton passed away unexpectedly on October 27, 2022 at the Wyoming Medical Center in Casper, WY.   A Service of Remembrance will be held at 10:00 am on Saturday, November 12, 2022, at St. Margaret’s Gym, 618 E Fremont Avenue, Riverton, Wyoming. Interment will follow at Mountain View Cemetery, 3520 West Main Street, Riverton, Wyoming. Fellowship will follow the interment at S. Margret’s Gym to Celebrate the Life of Isabelle Hoenes.

Mary Isabelle Apodaca was born on August 17, 1956 in Riverton, Wyoming to Macario and Antonia (Martinez) Apodaca.  She was the only girl with four brothers.  She attended schools in Riverton and graduated from Riverton High School with the class of 1974.  Following graduation, she married her first husband and had her daughter, Misty.

In 1980, she moved to Las Vegas, New Mexico where she worked at the local Kmart Store.  While working at the store she met Charles Hoenes.  In 1984 they were married.  Then in 1986 they welcomed Amanda and one year later, Charles, Jr. In addition to children with Charles, she was a loving, caring adoptive mother to Melissa Fowler of Chandler, Arizona.  After 22 years of marriage, Charles and Isabelle settled in Riverton, Wyoming.  Charles and Isabelle celebrated 38 years of marriage before her unexpectedly passing after a difficult battle with cancer.

She was preceded in death by her parents, Max and Antonia Apodaca; brother, Willie Apodaca; and nephews, Brooks and Tyler Apodaca.

In lieu of flowers, the family ask that memorial donations be made to Child Development Service on her behalf, they may be mailed to Davis Funeral Home, 2203 West Main Street, Riverton, WY 82501.