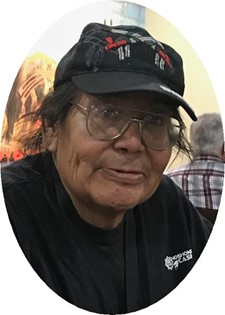 A memorial service for Stanley J. Stowe, 63, will be held at 2:00 p.m., Tuesday, May 16, 2023 at Davis Funeral Home.  Inurnment will follow at Yellowcalf Cemetery.  Cremation has taken place.

Stanley Stowe left this world on December 16, 2022. He was preceded in death by his parents, both adopted and natural, and numerous siblings. Stanley is survived by his daughter, Sarah, of California, 4 grandchildren, his brother Steve and his wife Traci of Arizona.

Stanley Joseph Stowe was born on August 30th, 1959 and was adopted by Ralph and Barbara Stowe. Shortly thereafter the Stowes purchased a dairy farm in Kinnear, Wyoming. It was there that Stanley spent most of his life.

Stanley graduated from Wind River High School in 1977. He was active in FFA and track. Stanley was a phenomenal long-distance runner and held multiple school records with the last one standing until just recently.

Stanley married Crystal Hixson in 1979 and together they had one daughter, Sarah.

Stan worked day in and day out on the dairy farm and there wasn’t a piece of equipment that he couldn’t operate or repair. The farm was the love of his life.

Stan had a passion for music. He played the drums for many venues around Wyoming. He was also known to pick up a guitar and sing as well.

The Stowes retired from the dairy business in 1998 but there was always livestock and land to look after. Stan would work for area ranchers stacking hay and farming. He also worked at the sale barn in Riverton. As his parents got older, Stan helped care for them.

Stanley was an active member of the Pavillion Volunteer Fire Department for over 20 years. He especially enjoyed fighting wild land fires.

Stanley was always curious as to what was on the other side of the mountain, always wanting to learn. Having a craving for knowledge Stanley returned to school. While earning his associates degree from CWC in Indian Studies in May 2019 he was also student of the month. He did a fellowship at the University of Wyoming during the summer of 2019 and was invited to present his research in South Carolina, which he proudly did. Stanley continued his education and received his Bachelor’s degree from the University of Wyoming in May of 2022.

Stan was a very kind soul. He was a unique, hard-working man and everyone in the community has a Stan story. He will truly be missed by all that knew him. Cremation has taken place with a gathering being planned next summer. Rest easy Butch.

Arrangements are under the direction of Davis Funeral Home, Crematory, and Monuments.