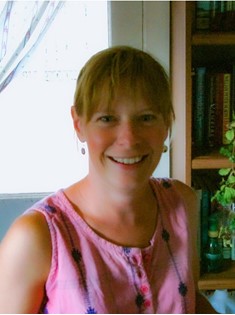 Tracey Lynn Ziegler of Dubois, WY, picked Friday the 6th of January to take her leave and explore the hidden trails and secret beautiful places of the Hereafter as she always loved to do in life.

Tracey was born on October 22, 1967, in Lansing, MI, to Judy Ziegler and the late Greg Ziegler.  The family moved and she grew up in Richmond, VT, graduating from Mount Mansfield Union High School in 1985.  Tracey earned her bachelor’s degree in Geology at Castleton State College in Castleton, VT.  During her program, she spent a summer at a geology camp in Dubois, WY, a town with which she fell in love.  Following graduation in 1989, Tracey returned to Wyoming, enrolling at the University of Wyoming in Laramie and earning her Master’s in Geology in 1991 before moving back to Vermont.

For the next 10 years, Tracey held several jobs, but her passion was driving the back roads of Vermont, hiking its quiet forest trails, and losing herself on the banks of its rivers and streams.  Eventually, Wyoming pulled her back to make Dubois her home, and her itch to explore led her to the Green River Lakes, one of her favorite places on earth to commune with nature.  Combining her connection to the outdoors with her lifelong love of animals, she hired on with several sled dog racing operations caring for the teams before starting her own pet sitting and in-home pet care business.  In her spare time, Tracey volunteered for the local Humane Society to find homes for stray cats and dogs.

Tracey surrounded herself with the kindest, most caring people everywhere she went.  She was fiercely independent but generous, capable of infectious fits of laughter that would drive those around her to tears, and possessed of stubbornness to which mules could aspire.  Nearly every day she would connect with her mom Judy just to share in life with her closest confidant.  Tracey faced her share of challenges in life and lost too many friends, but she has earned her place among the stars to smile down on all of us and laugh at the brother whom she always teased was mom’s second favorite.

Tracey was predeceased by her dad, Greg, and leaves behind her mom, Judy Ziegler, her brother Dustin Ziegler, his fiancée Marie Arrieta and their boys Aiden, Diego, and Cuinn, her former spouse Joel Wiener, and her partner Aaron Williams.

A Dubois memorial will be held in Tracey’s honor at the Rustic Pine Tavern on January 29 from 12:00 to 2:00 with an additional memorial to be held later in the year in Vermont.  The family asks that any donations be made to a local Humane Society.