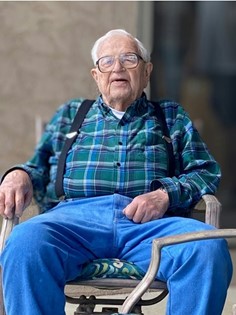 Mr. Zerga passed away on Friday, January 20, 2023 at the Wyoming Medical Center in Casper, Wyoming.

Victor George Zerga was born on December 15, 1933, son of Victor J. and Rose (Bronk) Zerga in Minnesota City, Minnesota.  He attended elementary and secondary schools in White Pine County, NV before receiving his bachelor’s degree in English from St. Mary’s College in Winona, Minnesota.  He obtained his master’s degree in Education from the University of Wyoming.  He also attended Universities in NV, CO, MT as well as briefly, seminary school in CA.

In his early working years, George worked as a crusher operator for Kennecott Copper in NV.  But his life’s work was in education, starting as a teacher and coach in Ruth, NV.  He later taught Social Studies, English, and Science and coached for several years at Mill Creek School in Fremont County, WY. He then transitioned to principal and later served as Superintendent at Mill Creek School and at Fort Washakie. Some of George’s fondest days were those spent with students in the classroom, on field trips, or at summer school camp in the Wind River Mountains.

Throughout his adult life Mr. Zerga also volunteered in many capacities. He served as a volunteer Fireman at Fort Washakie, a member of the Tree Board in Lander, a Master Gardener instructor, and a member of the Planning Commission in Lander.  He was active in the Catholic faith, serving as an altar boy in his younger years and in later years he served in several volunteer roles in the Catholic church, including trustee of the Hudson Parish.

George was also an avid gardener and over the years supplied many households with fresh produce. He was especially fond of growing chili peppers and tomatoes and canning salsa. He also loved fishing, hunting, identifying wildflowers, bird watching, rock hunting, reading, his multitude of cats, and telling stories.

George was preceded in death by his parents, his sister, Dorothy; his brother James; and his son Michael Joseph Zerga.

Arrangements under the direction of Davis Funeral Home, Crematory and Monument.