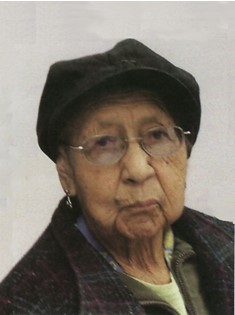 Guestbook 1
Funeral Mass for Frances Makeshine will be at 10 a.m. Thursday, July 5, at St. Stephen's Mission. Interment will follow at the Arapaho Catholic Cemetery at St. Stephen's.

Mrs. Makeshine, known as "Grandma Frances" died at her home on the Wind River Reservation Sunday evening, July 1, 2007. She was 82 years old.

Louise Frances Little Ant was born at Arapahoe on May 23, 1925, the daughter of Lawrence Hafic Little Ant and Rena (Redman) Little Ant. Her Indian name was Biitoowu'hisei, meaning Earth Woman.

She had lived all of her life on the Wind River Reservation with the exception of a year in South Dakota.