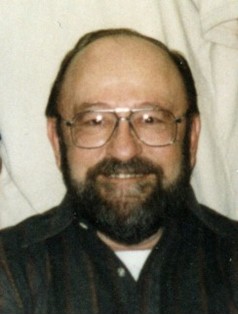 Dennis Schumacher, age 61 of Riverton passed away on July 19, 2007 at his home in Riverton surrounded by his family after a long and courageous battle with cancer. A Celebration of life will be 10:00 a.m., Tuesday, July 24, 2007 at the Davis Funeral Home. Pastor Aaron Justice will officiate. According to his wishes cremation will take place after the service. The Wyoming Army National Guard will provide military Honors. Dennis Duane Schumacher was born October 23, 1945 in Dawson, North Dakota to Ben and Elsie Marie (Schettley) Schumacher. Dennis attended schools in Streeter, N.D. and later Billings Automotive School. He grew up on a farm in North Dakota, moving to Montana at the age of 16 working as a farm hand. He later began working road construction for Schultz & Lindsey Construction until volunteering for the U.S. Army and serving in Vietnam as a water purification specialist , serving with the 86 combat engineer platoon, and was honorably discharged as a specialist 4th class in June of 1968. After returning from Vietnam. Mr. Schumacher met his future wife Bonnie Jo Kysar in Deming, New Mexico where he, and both of their fathers were working road construction. They were later married on October 30, 1971 in Billings, Montana. Dennis also worked for Frontier Chevy as a mechanic in Billings and spent many more years on road construction working for Meredith Construction and Empire Sand and Gravel Construction Co’s , to mention a few. They moved to Kemmerer in the early 1981, where he drove truck for the FMC Skull Point Coal Mine and later for Pittsburgh & Midway Coal Mining Co. retiring in July of 2004. Dennis and Bonnie were able to travel the last 3 years of his life, returning to Deming, New Mexico and also visiting family and friends along the way. Mr. Schumacher enjoyed making new friends, and developed new interests in turquoise jewelry and wine tasting throughout their travels. He was a member of the Riverton Amercian Legion Post #19, past member of the Kemmerer, WY and Park City, MT American Legion Posts. He also was a member of the Operating Engineers Union Local # 400 in Billings MT, and the United Mine Workers local# 1307 in Kemmerer. Dennis’s family said he enjoyed hunting, fishing and camping in the mountains of Montana and Wyoming , woodworking and crafting with antlers. He was also an avid Tony Stewart Nascar fan. Some of his greatest joys were riding his Road Star motorcycle, sharing rootbeer floats with each of his four granddaughters, and spending time with his family. He is survived by his wife Bonnie of Riverton; son, Josh and wife Reva, Claremore, OK; daughter, Jodi Mootz and husband Loren, Riverton, four granddaughters, Kaleigh Shaye Schumacher, Melissa Jo, Kodie Marie, and Katelyn Dawn Mootz; brothers, Gerald Schumacher and wife Suzon, Grand Lakes MN., Ron Schumacher of Helena, M.T., Bob Schumacher and wife Jackie of Terry, MT. sisters-in-law, Rosemarie Birgenheier, Billings, Judy Belcher and husband Ken, Billings; numerous nieces and nephews. He was preceded in death by his parents, his father and mother-in-law: John and Rachel Kysar; brother-in-laws, Archie Birgenheier and Dick Kysar and nephew Scott Belcher

Memorial donations may be made to The American Cancer Society for research or the Little Wind Hospice in care of Davis Funeral Home. On-line obituaries are available and condolences for the family may be made at: thedavisfuneralhome.com Services are under the direction of the Davis Funeral Home of Riverton.