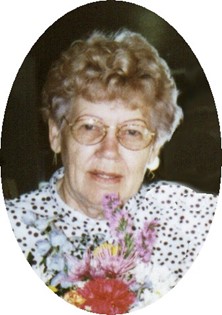 According to her wishes cremation has taken place and she will be buried with her mother at Mountain View Cemetery.

Delores L. Walthers was born to Harold and Ione (Loghry) Walthers in Burwell, Neb., on Saturday, May 18, 1929. She grew up in Fremont County on the family farm near Kinnear where she went to school.

The couple lived in Washington state then moved to Casper where the owned and operated Truckways, Inc. for over 50 years. Mrs. Choyeski was the bookkeeper for the business and a homemaker.

Mrs. Choyeski was a member of the VFW Auxiliary in Casper and Riverton as well as the American Legion and the Eagles Club. She was also in Casper bowling leagues and in the Casper Rock Club.

She enjoyed crocheting, reading, playing pinochle and visiting with her friends at Sertoma Apartments, where she lived the past five years.

Memorials may be made to the Central Wyoming Hospice of Casper in care of the Davis Funeral Home, 2203 West Main St., Riverton, WY 82501.