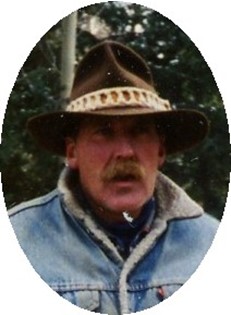 James Tillman Murphy, better known to most everyone as “Murph” died peacefully with his children by his side on Friday, March 10, 2017 at SageWest Riverton Hospital, Riverton, Wyoming. As per his wishes, cremation has taken place and there will be a Celebration of Life held in August of 2017.

Murph was born May 3, 1950 in Denver, CO. Murph served in the U.S. Army and was a Vietnam Veteran who earned a Purple Heart. After his honorable discharge, he returned to Colorado, was a carpenter and later served as a Letter Carrier for many years. He and his former wife, Patricia Susan Smothers had three children.

He loved being Grandpa Murph to his five grandchildren who were the light of his life. He always talked about the “High Lonesome” where he would fish, camp and enjoy the great outdoors. He will be deeply missed by his family and friends near and far.

We would like to thank the many friends in Riverton who have helped him so immensely over the past several years and to the staff of SageWest Riverton Hospital for the kindness they extended to Murph and his family during his final days.

He was predeceased by his father, Harry Murphy, sister, Peggy Murphy-Schmitz and brother Gerald A. Murphy.

Memorials may be made to the Local Veteran’s Service Organization in care of the Davis Funeral Home, 2203 W. Main Street, Riverton, WY 82501.