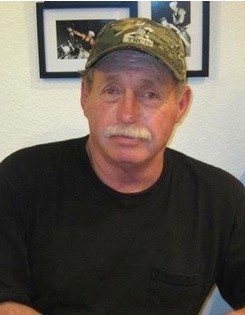 Russell Floyd Collins was born on November 27, 1950 in Fort Washakie, WY to Floyd Everett and Helen Loraine (Higgins) Collins. He was raised and spent his entire life on the Wind River Reservation. He graduated from Lander Valley High School with the class of 1968. He then attended the University of Wyoming studying engineering.

Rusty was a member of the Episcopal faith.

On August 30, 1980 he married Kim Bates in Atlantic City, WY. They were married for 37 years and raised two daughter on the ranch. He was a rancher all of his life and loved it.

He was a past member of the Lander Lions, Lander Masonic Lodge, and Korean Shriners. While in high school he was a member of the DeMolay associated with the Masons.

He loved being around his grandkids, telling jokes and passing out candy, and being a mechanic. He never met a stranger and everyone was his friend.

He is survived by his wife, Kim Collins; daughters, Kiersten Richards and husband, Travis of Sidney, NE and Annie Newton and husband, Caleb of Saratoga, WY; grandchildren, Falyn Anne Richards and Traegger Newton; brother, Gary Collins of Riverton; sister, Lenora Hanway of Riverton; and numerous nieces and nephews and his sidekick, Hank.

He was preceded in death by his parents, Floyd and Helen Collins; sister, Colleen Collins; and grandson, Trigg James Newton.

Memorials may be made to PAWS for Life or Lander Pet Connection in care of Davis Funeral Home, 2203 West Main Street, Riverton, WY 82501.