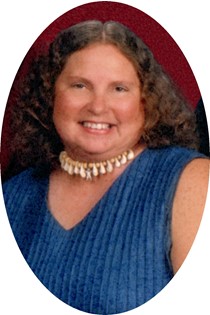 Funeral services for Kathi Sue Metzler will be held at 10:00 a.m., Monday, April 25, 2022 at the Missouri Valley Fire Hall. Please join the family for a reception immediately following the service. Interment will be 2:00 p.m., also on Monday at Mountain View Cemetery. A visitation of family and friends is Sunday evening at 6:00 p.m., April 24, 2022 at the Davis Funeral Home.

Memorials contributions may be made to the All Points West GSP Dog Rescue; Missouri Valley Fire Dept., or the Riverton United Methodist Church in care of Davis Funeral Home, 2203 West Main, Riverton, WY 82501.

Kathi S. Metzler passed away on Monday, April 18th in Loveland, CO at the age of 66 after fighting an extended battle with COVID-19.

Kathi was born to Wayne and Sue Wilson as an Easter and April Fools baby on April 1, 1956 in Riverton, Wyoming. Growing up in the Pavillion Area, they moved to the farm on Missouri Valley in 1965, where she became a lifetime supporter of the Shoshoni Wranglers. Growing up on the farm with her sister Kristi, she learned hard work, organization, and never putting off anything that could be done today; for tomorrow.

A lifetime member of Grange, and one of the first female members of the FFA in Shoshoni, she graduated high school in 1974, and went on to EWC graduating with a degree as a veterinary technician in 1976. She returned to Fremont County and married Ken Metzler on September 4, 1976. They later divorced, but not before bringing two sons into the world, Joe and John.

Never one to let an idle time pass, she was always involved in helping where needed, which included always having a table available to feed four or fourteen at a moment’s notice. But other than her family, her passions were quilting, needlework, and her dogs. A member of Missouri Valley Fire Batt. 4, she was always right there, in her words, “paddling along.” She was part of the first females to join Fremont County Fire Departments, breaking a way for all the future ladies. She worked at the Fire Academy and Fremont County Emergency Management until her retirement in 2021. She was a cancer survivor, having fought for 3 years. A lynchpin holding many things together, she always preferred to be outside the spotlight, but anyone who knew her could trust anything she was involved in would turn out great. If you ever attended the annual Missouri Valley Fire Pancake Supper, she would be the one whipping up the batter in the back, always working hard in everything she did. She loved spending time with her family, her grandchildren, and adopting rescue dogs that came her way.

On-line condolence may be left at TheDavisFuneralHome.com.