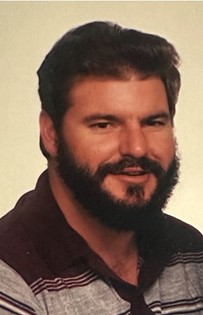 Bruce M. Coleman, 65, of Riverton passed away at Sage West Hospital – Riverton on Thursday, January 12, 2023.  A memorial service will be held at a later date.

Bruce Michael Coleman was born on October 13, 1957 in Oakland, California to William and Roberta Coleman.  He grew up in San Lorenzo, California and graduated from the high school there.

Bruce was raised Catholic but became a member of the Baptist Faith, the Promise Keepers.

On June 13, 1982, he married the love of his life, Ellen Frances Keffer, also known as “Rowdy”. They met at Kenndy Park in San Lorenzo, California and spent nearly 37 years together until her passing in 2021.

He lived in San Leandro, California where he raised his family.  He then moved to Pavillion, Wyoming where he had lived for the last eighteen years.

He worked for Betts Springs an 18-wheel truck parts company in California for sixteen years, worked for the town of Hudson, Wyoming for a few years before working at Central Wyoming College as a facility attendant from 2008 to 2022.

He loved living in Wyoming and the outdoors.  He fished, hunted, camped, rock “hounder”, and bird watched.  He could whistle like a bird and sing with them, he loved birds.  He was a member of the Riverton Mineral and Gem Society.

He was preceded in death by his parents, William and Roberta Coleman; wife, Ellen Coleman on October 2, 2021; and brother, Kevin Coleman.